I started playing the flute when I was at Highbury Grove School at the age of 12. At the time I also took lessons on the cello but felt that my passion for music could personally be more expressive I started playing the flute when I was at Highbury Grove School at the age of 12. At the time I also took lessons on the cello but felt that my passion for music could personally be more expressive with the flute which led me to enjoy music-making more whilst studying at school. With the encouragement and determination that my teacher Marta Gonçalves gave me, I was able to push myself towards the ABRSM graded exams, and after 3 years, I managed to gain a distinction in my ABRSM Grade 8 exam. At this point I knew that I wanted to pursue towards music as a career in the future. With support and inspiration from my school and MiSST, I began applying to youth orchestras such as the London Schools’ Symphony Orchestra and the National Youth Orchestra of Great Britain of which I both gained places in during 2015 and 2016. My experiences with these youth orchestras will never be forgotten as they were very beneficial to my development and progression as a young musician. In aspiring towards a career in music, I decided that I wanted to apply to conservatories for further education, which led to gain a place at the Royal College of Music. Now currently in my 3rd year at RCM, I realise that so much has changed in my performing and my overall musicianship through the experiences I have gained. I have taken part in several performances with the RCM Philharmonic Orchestra which included pieces such as Tchaikovsky’s Symphony No.6 and Mozart’s Symphony No.35. I have also managed to take part in opportunities outside of RCM, which included a broadcasted performance on BBC Radio 3 of Errollyn Wallen’s ‘Mighty River’ with Orchestra X at the Hull City Hall, and most recently a performance of Brahms’ Requiem with the Brixton Chamber Orchestra. I hope to continue to experience different musical opportunities that will push me towards my goal of becoming a professional orchestral musician in the future 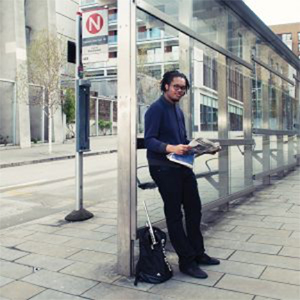